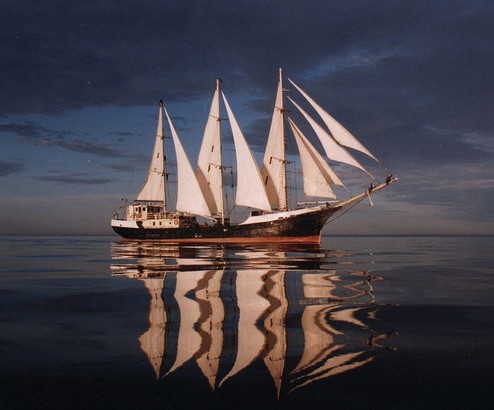 In 1985, Estelle was acquired by Eestaas Ltd and its transformation to a sailing ship began in Turku, in 1986.

Eestaas Ltd is a small, alternative shipping company established in 1985, when Estelle was bought. To date, the owners of Eestaas Ltd have been fair trade organizations, Emmaus groups, and other independent organizations, as well as private people willing to contribute.

On June 2nd, 1997 Estelle was certified as a Finnish merchant vessel. At the same time, she was issued papers on a special-purpose basis (training vessel). Afterwards, she has done campaign and transport work in the Baltic and North seas.

On June 29th, 1999, Estelle was certified for ocean-going traffic, i.e. as seaworthy for all the world’s ice-free waters.