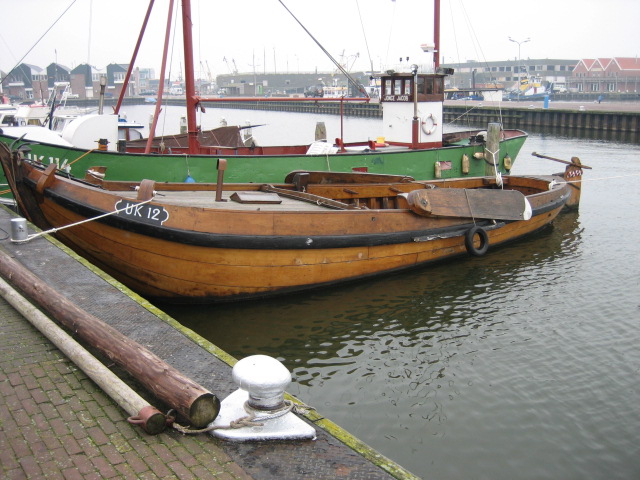 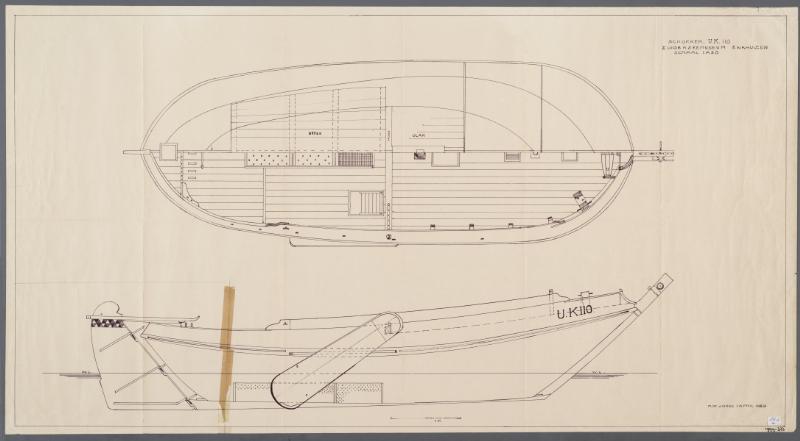 The story of the UK110 begins in 1883, on the wharf of Fledderus in Kuinre. The fishing ship was built as a Schokker, a special type of ship that from the beginning was for deep water. The Urker, D. Kaptein, was the first engineer; he fished for years on the Zuider Zee for herring and anchovies. The Schokker botters were not an unnoticed sight on the waters around the island of Urk; thousands of ships of this type have sailed the Zuider Zee.
The UK110 ultimately landed in her 60th year in the care/ownership of the Zuider Zee Museum in Enkhuizen, while the Schokker landed in Broekerhaven, where it sunk in the harbor. Because there were never pictures made of the botter, the tale could have ended. But thanks to Hans Kolstee, a Dutch American who died in the meantime,the Schokker came back to Urk, that is to say, the model did.

Kolstee was born in 1917 in the Hague, attended the Seafaring School in Scheveningen, and emigrated in 1950 to the U.S. He then became an engineer and a professor, with a hobby with which he spent much time; model building. Following, daughter Linda took his hobby very seriously. He has built more ship models and all with very much enthusiasm and accuracy. Why he also chose to make the Schokker was not precise. Maybe because he well knew the botters because he himself was a fervent sailor